Conservative Home: Has the Coronavirus crisis now set the conditions for the Big Society? 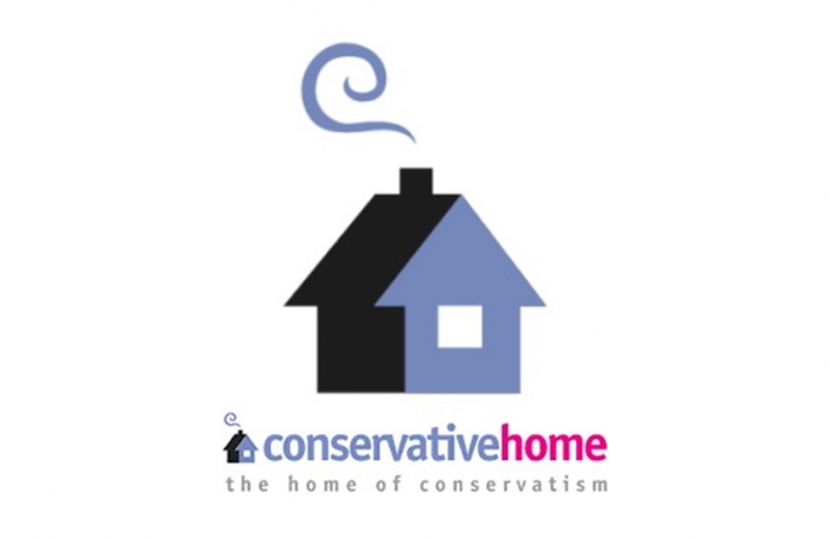 Nearly ten years ago a newly elected Prime Minister stood at a lectern at Liverpool Hope University and delivered his vision for Britain. David Cameron’s Big Society speech outlined a framework proposing a redistribution of power from Westminster to the man and woman on the street. Now, a tumultuous few months have all but torn up many of the 2019 Conservative manifesto pledges. A bold new strategy will be required in order to get the country back on its feet; but to what extent have conditions been created to facilitate the original Big Society agenda, and are they applicable to post-Coronavirus Britain?

The first strand of the Big Society’s framework spoke of Social Action and the need to “foster and support a new culture of voluntarism, philanthropy, social action”. This selflessness and commitment to contribution is the key tenet upon which any interpretation of the Big Society is dependent. Without willing large-scale participation, the platform to create the other strands of the framework would founder. In his 2009 Hugo Young lecture Cameron argued that “the recent growth of the state has promoted not social solidarity, but selfishness and individualism”. With austerity measures having halted that state growth, emerging civic responsibility has naturally filled the gap where required; indirectly setting the conditions for it to grow organically, rather than by edict.

The current crisis has given rise to a new-found willingness to embrace these behaviours, underwritten by the mass engagement required to make them viable. Through a blend of cultural influences and necessity, attitudes within our society have changed markedly since 2010, but in recent times the sense of social cohesion across the country has arguably never been greater; from support for foodbanks to neighbourhood WhatsApp groups and the 750,000 NHS volunteers, the spirit of social action is currently highly evident. We have rarely seen such collective selflessness from the public and must seize the opportunity to ensure that it endures beyond the current crisis.

The second strand outlined the need for Public Service Reform via “new providers like charities, social enterprises and private companies so we get more innovation, diversity and responsiveness to public need”. Critics have argued that this appeared to be little more than an attempt to reduce Government expenditure under the auspices of civic responsibility; austerity by stealth mitigating any shortfall in resources. But as we look to how our post-Coronavirus environment may take shape, the role of new providers and the incentivisation of third-party providers will be key to encouraging the enterprise that needed in those areas where state support is not available.

The short-term application of big state has been championed by the left as vindication, Jeremy Corbyn going as far as to assert that he had “won the argument”, but a short-term response to an unprecedented situation, particularly one that is unsustainable, does not represent a strategic solution. With the prospect of a decade of unwieldy state intervention, and the OBR predicting a rise in unemployment to a high of 9%, the Government will be keen to ensure that such a top-down approach is in place for only as long as is necessary. Opportunities to devolve power will be vital in ensuring that tailored solutions are implemented for specific regions. Lord Heseltine’s proposal that Metro Mayors should be given a greater say over how best to rejuvenate their local regions is an example of where potentially innovative approaches may lie.

Though the response will initially see unprecedented levels of Government expenditure, an inevitable need to rebalance the books will follow. Whilst the Government will be forced to employ a more holistic solution than a simple return to austerity, the incentivisation and invigoration of new organisations sitting on the periphery of the established framework could be a shrewd and practical response in reducing the burden upon local government. A collegiate approach would be an effective way of identifying expertise to better target the areas requiring attention, as well as providing much needed stimulus to potential growth areas.

The third strand of the Big Society was Community Empowerment, centred upon communities feeling that “if they club together and get involved, they can shape the world around them”. As with the change in attitudes that has encouraged individual social action, the ability to empower groups at a local level may be significant in not only achieving innovative and democratic solutions, but also the required buy-in to maintain any mass engagement from the wider population.

As a Conservative Government we should be embracing the personal responsibility shown by groups and communities eager to make a difference. Empowering community groups from the bottom-up and addressing the impact felt by any structural or regional inequalities facilitates what Cameron believed is the state “directly agitating for, catalysing and galvanising social renewal”. By encouraging community activists and social entrepreneurs we can help them create the local enterprises vital to address those key areas where a reduced state has failed to identify a local need or is ill-equipped to service it.

This empowerment will not organically appear should the state retrench, as it must, in the strategic response to the crisis, but as the Government seeks to identify those areas where a difference can be made, the opportunity to harness the current groundswell of engagement should not be squandered. The Government will need to ensure that when funding is made available in order to support efforts to reinvigorate areas in need, such groups are included as stakeholders within the discussion.

The expectation that the Big Society could thrive as some form of autarkic concept was undone by the prioritisation of fiscal conservatism; denied the investment it would need to establish momentum. The next decade will likely be hard, characterised by the complex balance of paying for the measures imposed to mitigate the impact of Coronavirus whilst attempting to deliver a manifesto partially rendered moot by the economic devastation of a global pandemic.

A key facet of the concept was the need to inculcate a spirit of civic participation amongst the population at large. It is significant that the current crisis has imbued people with the grass-roots motivation that would otherwise have been difficult to achieve. Through both the cultural changes of the last decade and exacerbated by the Coronavirus crisis, many have experienced a change to their milieu. For the next decade there will be a need for us all to take better care of one another, both with regards to our health and our social fabric. The conditions might now be right to revisit the concept of the Big Society.

The Telegraph: Vague platitudes from celebrities will do little to combat vaccine hesitancy