The Critic Magazine: How have racial slurs become progressive politics? 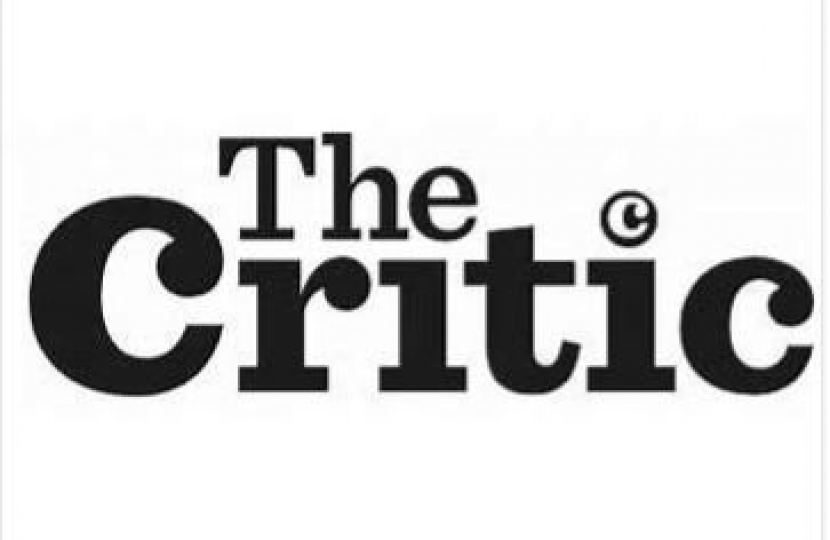 I am regularly told that I am a coon.

Growing up in the eighties, racist name calling was de-rigeur in playground spats with the neighbourhood ne’er-do-wells. A broad lexicon of racial slurs have been levelled at me over the years; from jibes about the colour of my skin, to my hair and my facial features. This was part-and-parcel of being a mixed-race black boy in a predominantly white area, growing up in England 30-odd years ago. But there was one aspect of such abuse for which I was unprepared, indeed, one area that didn’t make its presence felt until comparatively recently. This abuse is not, as you might imagine, from far-right white nationalists or older members of the population who are too set in their ways,  I am regularly told that I am a coon by people from within the black community.

The concept of being a “race-traitor” is used by those at the political extremes. On the far-right it is aimed at those with partners who are not white, shouted by anonymous keyboard-warriors in social media echo-chambers vehemently agreeing with one another about “replacement theory” and extrapolating figures to give increasingly ludicrous projections about when the white population will become a minority. On the far-left it is a view only expressed with regards to those who don’t conform to the stereotype; those who would dare align themselves to the right. It seems incredible that in 2020, amongst a population that is around three-quarters white, sharing an opinion with the white population, indeed of members of my own family, is often attacked as unacceptable without the attack itself being roundly ridiculed for the extreme position that it is.

But why have such bilious comments been allowed to go unchecked? Why is this invective increasingly seen as a legitimate form of attack toward black or Asian Conservatives, one that people seem happy to use with impunity, without even appreciating the hypocrisy of their actions? After all, is the use of a derogatory term based on the colour of somebody’s skin, to be prejudiced against them because of who they are, not at the core of their fight against racism in the first place?

It would appear not.

Whilst social media has been the accelerant, mainstream print and digital media have been the drifting embers. The Guardian newspaper recently ran a cartoon of the Priti Patel portrayed as a bull; an intentionally offensive image given her Hindu background. The phrase “Uncle Tom” has been used by Professor Kehinde Andrews, a regular contributor to The Guardian and also seen on Good Morning Britain, and Operation Black Vote, whose Twitter account is managed by Lord Simon Woolley. Times Radio recently covered the Newspapers where author Nels Abbey referred to non-white Conservative MPs as “enablers of racism”.

These are not isolated incidents; they are indicative of a growing trend. Indeed, it could be argued that the media has been complicit in supporting this narrative, giving those who voice these views a platform in the first place and thus credence to the argot being used. The left thrives on its position as the patron saint of minority groups, bemoaning stereotypes whilst simultaneously reinforcing them, claiming to be their champion for as long as the next bandwagon will allow them to curry favour, but always with the view that there is a right, and a wrong type of ethnic minority. A view further reinforced by Labour MPs as they criticise their BAME colleagues on the Conservative benches.

When the video of Oxford Black Lives Matter leader Sasha Johnson emerged last month repeatedly and aggressively referring to the black man she was arguing with as a “coon” many unaware of the use of the word were taken aback. A word that most would consider to be a deeply offensive racial slur, here casually used as an insult. For a nation already desensitised to hearing the n-word in rap lyrics, that is still quite some feat.

The word first became a racial slur in the United States in the 1830s but its meaning today is more nuanced. When used by a white person it still retains the same meaning it has had for 200years. When used by the black population the word takes on an altogether different meaning, that of accusing a black person of acting white, of supporting white people or white views, of not supporting those with the same colour skin, as if black people are a homogeneous group who think and act alike.

The accusation is one of being anti-black, of apparent self-hatred and shame in the colour of your skin. To call another black person a “coon” is now seen as a statement of one’s political credentials. Not allied to any one particular party or cause, but a clear and vocal demonstration of your political virtue, that black people with conservative views, be it in the US or the UK are on the wrong side. A quick search of the word on Twitter illustrates how venomous the opinion toward black conservatives can be.

This behaviour seems all the more incredible in a world where hypersensitivity to all aspects or race has, in a short space of time, become the accepted norm. For those who would claim to support the aims of reducing inequality and addressing issues of systemic racism to be of the belief that re-appropriating a racial slur is empowering, rather than creating entirely unnecessary internecine strife beggars belief.

We cannot allow the normalisation of language such as this. Nor can we allow a small and vocal minority to dictate how people should think or act according to the colour of their skin, consistently trying to make an example out of those who believe in thinking for themselves so that others can witness the potential cost of dissent. Those that purport to value diversity must learn to value diversity of thought and opinion rather than the visible diversity of simply filling the room with those that are deemed to be the “right-sort-of-black”.

To find that your mainstream political beliefs can make you an outcast amongst certain groups within the population simply because of the colour of your skin is an unwelcome by-product of the increasing politicisation of race as news-media entertainment. To continue along this path and validate this behaviour merely entrenches a different form of racial inequality; a them-and-us dichotomy that sows division rather than the seeds of change.

There used to be a word for abusing people based on the colour of their skin.