Educate, don’t erase. We cannot allow the far left to dictate how we tackle racism 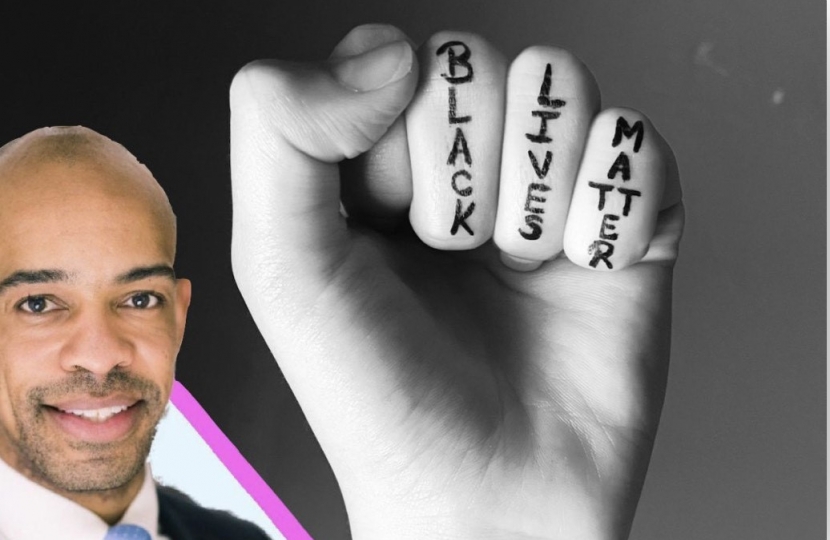 “It was a pleasure to burn.” Ray Bradbury’s classic novel Fahrenheit 451 was not intended as a metaphor for the events of the past week, but the parallels between how knowledge could be erased and the removal of controversial effigies seem prescient in light of them.

The tumultuous scenes in Bristol as the statue of the slave-trader-cum-philanthropist Edward Colston was opportunistically felled by protestors have perhaps been a bellweather. In immediately galvanising action and wider discussion on the rights and wrongs of Britain’s colonial legacy it ensured that the Black Lives Matters protests finally had a tangible, albeit controversial, purpose that would endure far longer than the embarrassing scenes of skirmishes with Police in Whitehall.

Though not directly affiliated with the original Black Lives Matter movement in the United States, Black Lives Matter UK states its aims as “a commitment to dismantle imperialism, capitalism, white-supremacy, patriarchy and the state structures that disproportionately harm black people in Britain and around the world”. These aims represent a far-left wish list that have resulted in those who do not pledge their support facing auto-da-fé, and yet these political aims have somehow also gone unnoticed. The removal of statues and landmarks associated with Britain’s imperial reach is in lockstep; Edward Colston comfortably ticking the boxes of imperialism, capitalism, white-supremacy and patriarchy, even after imposing contemporary values upon a man who died nearly 300 years ago.

The scenes in Bristol were shocking primarily for the reason that a mob was able to tear down a structure of its choosing with impunity as the police pusillanimously observed. It does not augur well for future raids on public property. The police reaction, both in failing to anticipate the statue as a potential flashpoint, and its subsequent failure to uphold law and order as the mob took control, has reflected poorly on the moral courage of the senior officers orchestrating the response. That the Chief Constable of Avon and Somerset Police issued a grovelling video explanation on social media prior to being debriefed by the Home Secretary speaks volumes to just how risk averse senior officers have become. The police having effectively informed demonstrators that if outgunned, they are content to wave the white flag.

As a map of the UK circulates online, detailing the location of each statue, road and landmark deemed to have racist connections and targeted for renaming or removal, those in its sights make for interesting reading. There are few household names amongst those listed, but notable are those of Lieutenant General Robert Baden-Powell, Field Marshal The Earl Kitchener, Sir Francis Drake and Christopher Columbus. However, many more of the names detailed on the map are of those who are now obscure historical characters. These are men who for the most part lived hundreds of years ago, that until this week have been of no consequence to the vast majority, but are now deemed to be so egregious that statues many have never been aware of must be removed less they now cause offence.

Protestors in Richmond, Virginia have already torn down a statue of Christopher Columbus, but given that this is a man who was born before the end of the Hundred Years’ War are people truly offended by events of over half a millennium ago? It is an irony that people are happy to read editorials in The Guardian, championing the action taken against those with links to the Transatlantic Slave Trade, given the publication itself opposed Lincoln and backed the Confederacy during the American Civil War.

As a mixed-race black British man I have no desire to see those who made their fortunes from the Transatlantic slave trade venerated, but as someone who appreciates history I realise that there is nuance to how we tackle the issue in 2020.

Sadiq Khan’s pledge to establish The Commission for Diversity in the Public Realm will consider which legacies should be celebrated and which should be revised; scrutinising murals, street art, street names, statues and other memorials. Other than Khan’s penchant for playing to the crowd, this time appeasing BAME voters in London whose support he is heavily reliant upon, we should consider the implications of allowing the quango of a Labour Mayor to police the history of our capital as the arbiter of how we live with its legacy. Admiral Nelson was no liberal.

A more reasoned proposal would be to educate, rather than erase. London is awash with statues and monuments, many of which have an opaque history regarding who they represent or why they were erected in the first place. As a global city with enormous tourist footfall, a concerted effort to bring London’s history to life with updated and comprehensive plaques would be of far greater use in adding colour to the capital’s already rich tapestry.

Those who believe that erasing the visual reminders of Britain’s historical legacy will somehow mean that the horrors of the Transatlantic Slave Trade are assuaged are achieving little more than sweeping it under the carpet. By removing the statues, those who come thereafter will only learn about that period of British history as a footnote. To believe that our education curriculum will evolve to cover the minutiae of 150 years of the slave trade is hopelessly optimistic, it barely covers the Second World War for which vast swathes of educational resources are available. We should confront the transgressions of our past as an expeditionary world power, but by pulling down the statues and renaming other landmarks we are pretending that these names still resonate, that they carry with them painful memories of the suffering that their actions imposed.

These individuals are not being venerated. Those who walk past them on a daily basis barely even register that they are there; in all honesty, it is unlikely that they would even be missed. But to remove them removes the opportunity to learn from them. To find out who they were, how they made their fortunes and how those fortunes were vital to the creation of cities such as London, Bristol and Liverpool. The awkward truth is that a significant part of the infrastructure we enjoy today is the trickle-down effect of the Transatlantic Slave Trade. We should endeavour to use it as a platform to enable a heuristic approach, not a revolutionary purge of historical characters from a bygone era when many (more) believed the world was flat.

If we allow those who shout the loudest to determine the path we take, dictating the narrative by declaring that only their view is representative of public opinion then we will allow a small but vocal group to lead us down an increasingly hazardous path convinced of their own righteousness. As Bradbury so eloquently put it, “Who are a little wise, the best fools be.”

The original article was published on freemarketconservatives.org on 12th June 2020