Free Market Conservatives: What does the leaked Labour Dossier teach us about the Labour Party? 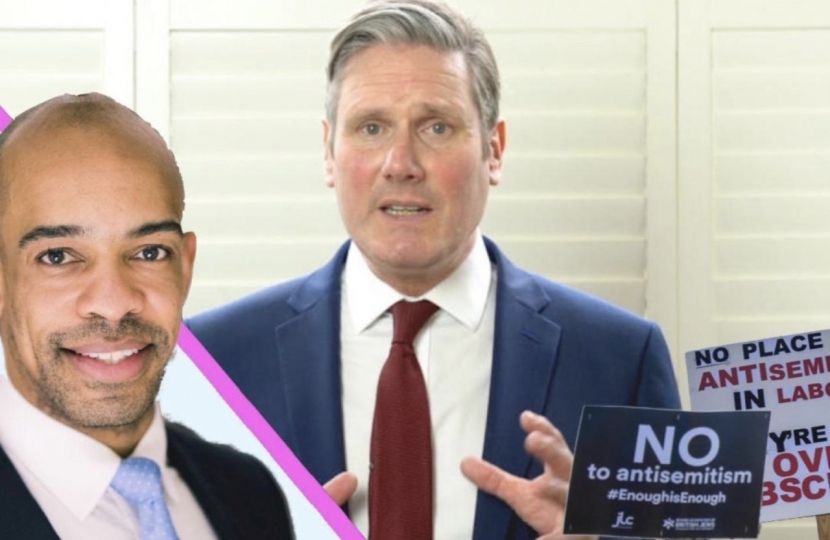 It has been barely a fortnight since Jeremy Corbyn handed over the reins of the Labour Party to Sir Keir Starmer who ushered in what Labour hope will be the dawn of a triumphant new era, clearing the decks and setting them on course for election victory in four years’ time.

Having selected his new team, rearranged the deckchairs on the Titanic and brought in new faces not tainted by the factional disputes that have characterised Labour’s recent internal politics, Starmer was, it seemed, well-placed to recreate the party in his image. He had sought to heal division from the outset, giving positions in his Shadow Cabinet to Lisa Nandy and Rebecca Long Bailey. There were places too for most of the defeated Deputy Leadership candidates, with the notable absences of high profile MPs Richard Burgon and Dawn Butler, two MPs who hadn’t agreed to the Board of Deputies pledges during the campaign; the long shadow cast by the ongoing EHRC antisemitism investigation finally fading. However, the release of a comprehensive report is set to have a significant long-term impact on the Labour Party reboot.

The work of the Labour Party's Governance and Legal Unit in relation to antisemitism, 2014-2019 was originally due to form part of Labour’s submission to the EHRC in relation to the ongoing antisemitism investigation. The 851-page dossier is a damning indictment of the factional disputes within the Labour Party that contributed to Labour’s 2017 election defeat. But aside from an exposé into the dark machinations and internal wranglings of an institutionally dysfunctional Labour Party, what can the report tell us from a Conservative perspective?

Through Starmerism Labour’s new-look Shadow Cabinet undoubtedly represents a potential challenge to the Conservative Party via a fresh outlook, with impetus and energy. This will be the third time Labour has reinvented itself under a new leader since losing power, each with wholesale changes to the main cast. But the bad feeling created by this report has already seen the Labour party splinter further, before Starmer has been able to try and unify the Party in earnest. It tells us how fragile Labour’s modus vivendi is and how easily it can be broken.

In the two weeks since becoming leader, staunch Corbynites have criticised Starmer for his lack of visibility and non-committal responses to questions. Had this report been released a month earlier the voting may have had a very different outcome, but Starmer’s silence immediately following its release indicated a reluctance to undertake the type of forensic examination of its contents that may prove embarrassing for the new leadership team. With questions unanswered about the funding of his leadership campaign, there are many within the Labour Party who are already concerned at which faction is now in charge. Momentum now looks like an ironic choice of name.

Starmer finds himself in a situation where robust action regarding the ongoing Party membership of some of the contentious figures implicated is not only expected, but may define his time as Labour leader at this early stage. Several of those mentioned in the report are closely linked to Starmer; Emilie Oldknow has been rumoured to be his selection for General Secretary. The wife of the Shadow Health Secretary would surely now be a questionable choice, but it is notable that she has latterly been the Assistant General Secretary at Unison, who backed Starmer for Leader, apparently without balloting their members.

I’ve written previously about the need for the Conservative Party to win over ethnic minority voters if they hope to make gains in London. One aspect of the fallout from the report that proves telling is the manner in which both BAME Labour voters and its own MPs, appear to have been marginalised by the Party.

There have been shocked comments from a number of high-profile BAME Labour MPs, particularly with regards to the manner in which those Party officials treated the former Shadow Home Secretary Diane Abbott. The extent to which this report may in future deny Labour the BAME vote they rely upon in London remains to be seen, but the seeds of discontent have certainly been sown. Through their abstention, the voting landscape of marginal areas of London may yet be brought back into scope, with BAME voters realising that their support for Labour was not only taken for granted, but not valued for anything more than the numbers it could provide.

Whilst the dust settles and Labour Party members take stock of the scale of the dissent amongst senior party officials there have been numerous calls for current members to retain their membership. The feeling that leaving the Labour Party at this time gives those working against Corbyn what they wanted all along. Whether this turns into a sea-change in membership, losing the Corbynites and gaining back those who had let their membership lapse remains to be seen. It is not however an indication that the Labour Party will be a leaner, hungrier beast when next called into action. With Momentum launching a petition for an urgent investigation to be conducted, and the Starmer/Rayner leadership acquiescing to it, Labour may well find that their much-vaunted grassroots campaigning sees far fewer “boots on the ground” in future; an asset that may prove difficult to replace.

Labour continues to revel in the politics of protest rather than unify in an attempt to win an election. The report itself, though damning and revelatory is actually only damning and revelatory regarding aspects of the party’s management that support the narrative that Corbynism was victim to an insidious conspiracy. The machiavellian timing of the report’s release, undermining the new administration and exculpating Jeremy Corbyn, despite leading the Party to its worst post-war defeat only four months ago, merely demonstrates that the Labour Party is further away from power now than it was at the end of last year.

Rather than reveal the depth of the factional disputes within the Labour Party that impacted their election campaign in 2017, the report reveals the depth to which those factional disputes still exist. Where the Conservative Party is comfortable in unifying in the pursuit of achieving the wider goal of Conservative values and winning an election, the Labour Party is never happier than when it is on the cusp of implosion.

What the report teaches us about the Labour Party is something which we have understood for a long time; personal responsibility is an anachronism, it is always somebody else’s fault. Incredibly this time, they aren’t able to blame the Tories.