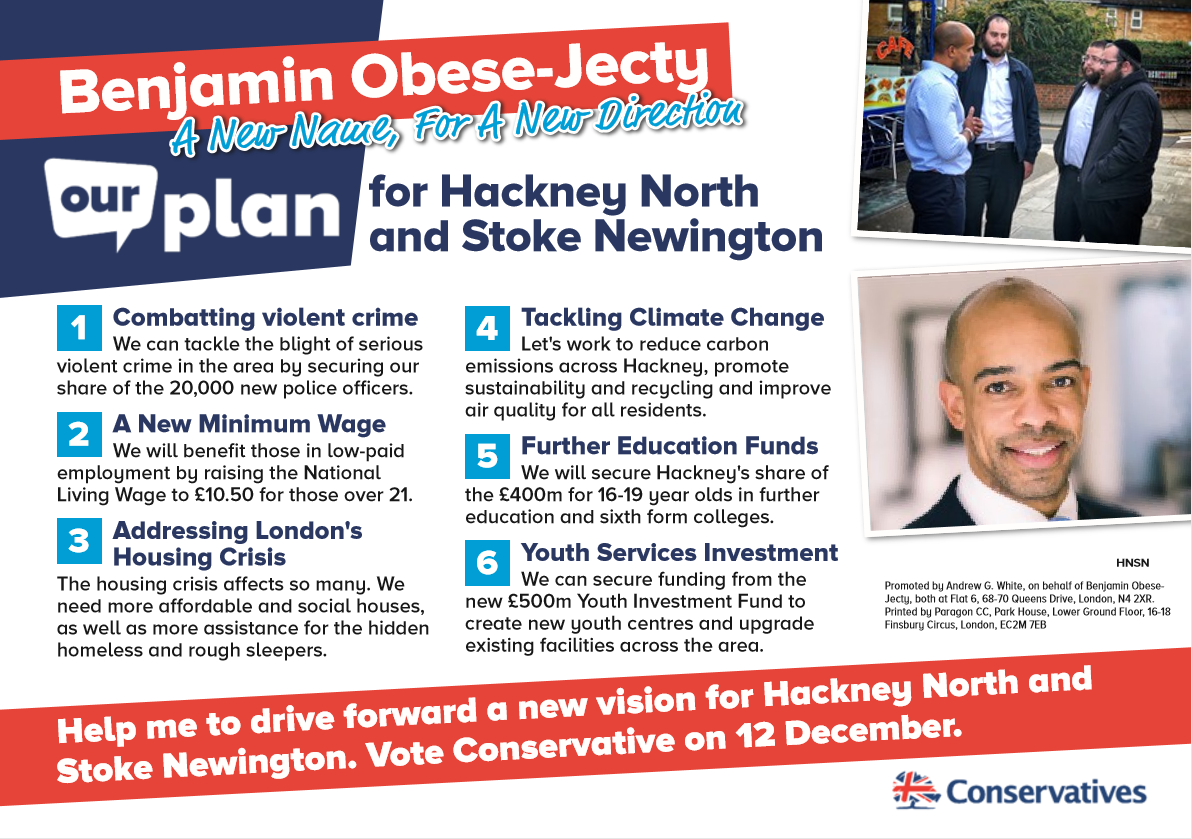 This election may represent a sea-change in UK politics. The febrile atmosphere that has permeated through much of the country’s political discourse since the EU referendum is set to enter its final throes and we will, by the end of next week, have a far clearer idea of where that future will lie. Whilst there is a chance that we may still end up in a state of “Situation: No-Change”, there is a strong likelihood that we will see a resolution to the current impasse.

But beyond the debate over Brexit, the potential validation or disenfranchisement of half the population, this election will be fought on a number of other issues. There are still those for whom Brexit has always been an aside, and issues far closer to home, that impact the day-to-day in far more tangible and physical ways, require redress in order to allow those people to continue with their lives. Here in Hackney North and Stoke Newington, with its diverse and multicultural population, spread across a number of areas with their own distinct characteristics, there are other issues at stake, and in-play. Having spent time in these different areas, liaised with local people and consulted them regarding where there is an opportunity to make a difference after 32 years of being represented by Diane Abbott.

Vague platitudes from celebrities will do little to combat vaccine hesitancy