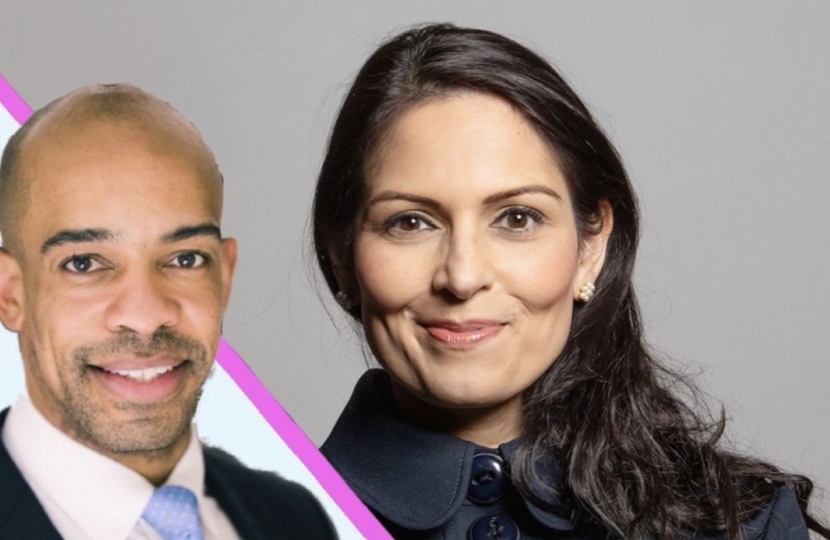 The left have pushed relentlessly for increased racial diversity across any and all sectors of society, sometimes justifiably, sometimes laudably, sometimes somewhat ludicrously, but always consistently. The desired outcome to increase representation has found allies and enemies but the direction of travel has remained constant. Britain is a more diverse and representative society now than it has ever been.

Yet having “ticked the box” without reading the Terms & Conditions it would now appear that it is still possible to fall foul of the small print. Your membership of an ethnic group you had assumed you had been part of since birth could be revoked should you fail to present yourself as the right sort of black or brown person; by the right sort, they mean the left sort.

For years the left has campaigned, convinced and cajoled, in order to permit the UK’s non-white population to have access to the opportunities that “white people take for granted”. Whether you felt you needed the opportunities or not, it was reassuring to know that whatever hidden barriers there were, conscious or unconscious, they were actively being dismantled. You would be free to be yourself, to not have to conform to a pre-determined set of ideals in order to progress, and yet the sad reality is that in being yourself, and not conforming to a pre-determined set of ideals, if your opinion is not deemed to fit within the approved narrative the left will seek to ostracise you, tar and feather you as the wrong type of black or brown. The harsh reality of the situation is that the left doesn’t value increased diversity of thought, it values increased diversity amongst the minorities whose support it can count on; the bastard child of gaslighting and Stockholm Syndrome

Membership of the Conservative Party is enough to ensure that you encounter the ire of the left. My own experience of this came after standing as a candidate in Hackney North and Stoke Newington during last year’s General Election. I encountered a toxic mix of anger and outrage for no other reason than the sartorial faux pas of not accessorising the colour of my skin with the right colour of rosette; black and blue apparently don’t go. Having made the mistake of engaging with some of those who had taken personal umbrage they have continued to resurface months later, testing my views on the go-to topics of the Hostile Environment and articles written by the Prime Minister nearly twenty years ago. One Green Party candidate for the forthcoming London Assembly elections has regularly accosted me online to demand I explain why I’m a Conservative, adding most recently that he finds people-of-colour on the right “pernicious and sinister”. An entertaining hustings awaits in Enfield and Haringey.

That these views are increasingly becoming mainstream is a paradigm shift in the understanding of what constitutes an appropriate level of discourse. Whilst the left continues to revel in its righteousness about the causes that it champions, its inability to recognise its shortcomings and its hypocrisy gives oxygen to those who feel that it is fair game to target people-of-colour who don’t share their political outlook, particularly when those people are considered to be traitors. But how did this stance gain validity, and why is it effectively supported by Labour’s much vaunted coterie of BAME MPs?

When Clive Lewis publicly complimented James Cleverly on his appointment as Conservative Party co-Chairman last year, he did so with the snide addendum that Cleverly and other black Conservatives had had to “sell [their] souls and self-respect”. Lewis was an outside contender for the Labour leadership; the bigotry starts at the top.

It continues with the high-profile platforming of those with extreme views. Kehinde Andrews, the UK’s first “Professor of Black Studies” and the go-to for a manufactured race-row with Piers Morgan on Good Morning Britain is happy to openly describe Black people who don’t fit his definition of blackness as “Uncle Toms”. Indeed, he wrote at length about Trevor Phillips prior to last year’s election specifically about precisely that, accusing the former chair of the Equality and Human Rights Commission as indulging in “modern-day Uncle Tom coonery”. Andrews writes regularly for The Guardian on race-related topics. His self-appointed status as adjudicator of the appropriate level of ethnicity required in order to speak upon topics related to race is itself an entirely reactionary way of thinking.

Indeed, the division between left and right that Trevor Phillips’s excommunication from Labour has created has been an interesting topic to view from afar. Beyond the arguments about whether his suspension for Islamophobia was justified, a sub-narrative has been at play, focused upon Phillips’s writing regarding violent crime and its disproportionate impact upon the black community, both as perpetrator and victim. The left viewed this as selling out, as if somehow addressing the elephant in the room was a form of snitching, that criticism of any aspect of the black community must make him the useful idiot of the right and that personal responsibility is rendered moot at all levels by the impacts of institutional racism and austerity. Suddenly Phillips’s allies on the left appear to be scarce.

The past few weeks have been awash with examples of how the left sees those from BAME communities through different lenses according to the narrative with which they hope to score points. This hypocrisy was evident as Priti Patel was subjected to a slew of defamatory attacks from the same politicians who refused to acknowledge similar claims against Jon Bercow and displayed none of the outrage for the Home Secretary that they usually reserve for similar attacks on the Shadow Home Secretary, but of course Diane Abbott is the right kind of BAME.

Steve Bell’s cartoon of Priti Patel in the Guardian, portraying her as a bull alongside Boris Johnson, was a fine example of such hypocrisy. That the same publication which wrung a substantial quantity of column inches from the outrage over the cartoon of Serena Williams’s on-court tantrum at last year’s Australian Open, then saw fit to publish a cartoon depicting a BAME woman with a Hindu background as a bull is almost beyond parody. But ne’er a day goes by when peak Guardian isn’t achieved, each one in turn proving to be a false summit.

Shortly before Bell’s cartoon, the Guardian published an article by Neha Shah titled “How did British Indians become so prominent within the Conservative Party?”. The article achieved its aim. Provocative and offensive it stoked division by claiming that the Conservatives were wooing Hindu voters by exploiting a rise in Hindu nationalism by “finding common cause in a project of Islamophobia”. That outlandish conspiratorial ideas are given credence by being published in the national press merely illustrates how insidious the underlying narrative has become.

A side-effect of the Conservative majority will be the festering sore of resentment which continues to grow beneath the surface within the left. As it slowly becomes more putrid the infection will spread. The language used to attack will only worsen as public opinion fails to hold them to account, legitimising the behaviour and entrenching the division sown as a result. They revel in their victimhood and see victims of their attacks as collateral damage in a conflict that they appear content to be on the losing side of, fantasising that they are railing against the establishment.

The message from the left is clear, there is a right and a wrong way to be black or brown. In encouraging social apartheid by exclusion, the left are paradoxically setting the conditions to forcibly create the very group they claim to despise.