Free Market Conservatives: Why is Rory Stewart Running For Mayor of London? 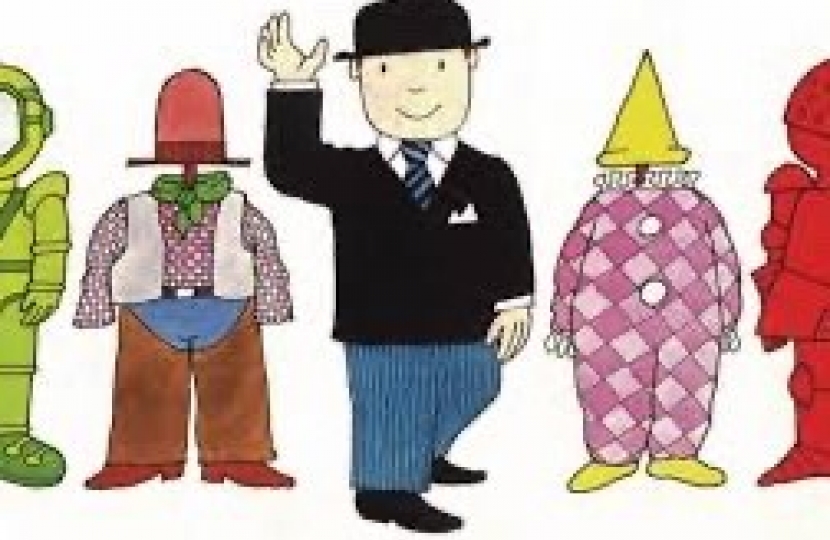 He isn’t going to win, so why has Rory Stewart chosen to be an also-ran in the London Mayoral Election?

But at last, in a back lane, he found a little shop with all sorts of interesting things to wear, and there in the window was a Mayor’s chain. Mr Stewart went into the shop. As if by magic, the shopkeeper appeared…

Rory Stewart is a man who needs a hobby. The former MP’s spur-of-the-moment decision in October to run for the Mayoralty of London displayed all the hallmarks of a man whose capricious career has been defined by being indefinable. Soldier, Royal Tutor, Travel-Writer, Diplomat, Author, Academic, Politician; episodes in a series that bear more than a passing resemblance to the BBC’s classic children’s cartoon Mr Benn. Another week, another costume, we’re all looking forward to the Spaceman episode.

The past twelve months have been something of a tumultuous time for a man whose stock has risen so vertiginously, but a failed leadership bid in the wake of Theresa May’s resignation, the subsequent loss of the whip after voting against the Government and his resignation as Member of Parliament for Penrith and the Borders has left him with a much freer 2020 schedule than he might otherwise have anticipated.

Now standing against the Conservative candidate in Shaun Bailey whom Stewart was, by definition, supporting until last autumn, there is an unsavoury whiff of treachery and impetuousness about the decision to throw his pakol into the ring.

Much has been written about Rory Stewart over the course of the last year. Stewart has been masterful in attaining press coverage that his fellow candidates, even Sadiq Khan and his PR behemoth, can only dream of. Profiles and features from Tatler to The Big Issue via The New York Times have built up an archive of biographical pieces that neatly summarise some of the mystique that surrounds the mercurial politician, but none of it gives voters any real insight into his motivations.

Stewart has thus far proved to be running as unconventional a mayoral campaign as he did during the Conservative leadership contest. What then was innovative and quirky now feels hackneyed and vaudevillian as we await the next hashtag and shaky cam selfie video of the former minister walking through constituencies (as the other candidates have been doing for the past eighteen months) or indulging in what appears to be some sort of bizarre poverty tourism as he spends time living like a normal LondonerTM. Alas #PovertyTourism just doesn’t have the same cachet as #ComeKipWithMe. He claims that sleeping on sofas will “make me a better Mayor of London – governing from the ground in every borough”. Shaun Bailey already has lived experience of this, he didn’t need to ask for the opportunity on Twitter.

But despite the attempt to distance himself from the conventional approaches offered by the major parties, the real desire to take the road-less-travelled on one of his now famous walks, is in his desire to use the Mayoralty to establish a new centrist party. In September, before even announcing the launch of his campaign, Stewart told Cliveden Literary Festival that setting up a new party “is so morally right, that whether or not it would be successful, I sort of have to do it anyway”.

He followed this with an interview in the German paper Der Spiegel in October of last year shortly after announcing his candidacy. Stewart was asked if London would “be a laboratory for a new centrist party”. The question itself was almost throwaway, sandwiched between questions about making politics boring again, and his penchant for walking, but the response was telling. “I want to start with London” he said, “If we were successful it would be more like regional parties in India. It wouldn’t be like anything we see in British tradition. If you want to make a difference, you have to start with local policies”.

The following month at the London Conference in November, Stewart went on to explain how he wants to change politics at a local level, explaining how his centrist movement could use randomly selected citizen’s assemblies to establish consensus views on specific issues. He explained how if he was successful in building a new type of politics, positioned firmly in the centre, he would like to replicate Emmanuel Macron’s En Marche movement. Who better to occupy the centre-ground than a former Conservative MP, who had been a member of the Labour party in his youth.

Little has been made of Stewart’s centrist aspirations, much as Stewart himself appears to have taken little heed of the ill-fated Independent Group for Change, but having given several interviews on the topic it would certainly appear to be Stewart’s over-the-horizon strategy.

Independent candidates rarely fare well in elections, unless they are campaigning on an issue of particular local significance. Stewart has no such focus. His claim to even be a Londoner tenuous compared to his opponents; the optics of being a resident of South Kensington faring poorly against candidates with more grounded backstories. Indeed, we saw in December’s General Election Independent MP’s, those who had previously commanded large majorities under the cosseting embrace of a mainstream party, were eviscerated once they chose to go it alone. The London Mayoralty has better form, Ken Livingstone proving a lone exception, but Stewart should be under no illusion, victory in May is a fanciful notion.

With no polling available since prior to the General Election it’s difficult to assess where Stewart currently sits in the contest. It is widely recognised to be a two-horse race between Sadiq Khan and Shaun Bailey, with the Liberal Democrat candidate struggling to make any impact and the Green Party an also-ran from the outset. With a recognisable, if not quite household, name and the most favourable media profile, it is quite feasible that Stewart could do significantly better than the candidates from the smaller main parties, but to what end? Who is supposed to vote for Rory Stewart?

Whilst his guerilla-campaign style has afforded him the ability to punch above his weight in the Twittersphere it is in the real world that votes will be gained, and as Labour’s chutzpah found out to their collective chagrin in December, Twitter does not reflect the electorate at large, even in London. With mayoral campaigns gathering pace, Stewart’s appears to be still in the traps. He has no party machine to support him, no boots on the ground to knock on doors, or even to appear mob-handed in photos for social media before slinking away when there is work to be done, à la Momentum. To all intents and purposes he is little more than a paper candidate with name recognition.

But maybe that is the whole point. Rather than a serious tilt at the title, or even a credible attempt at disrupting the established order, perhaps this is in fact a launchpad; a test-bed to gauge the public appetite for En Marche UK whilst keeping his profile high. A limelight he has come to enjoy now that he has found himself squarely within it.

With a public persona that pitches him as affable and slightly gauche, Stewart has come across as thoughtful and extremely bright, but also restless and easily bored. The prospect of creating a progressive new centrist political movement is not one to be undertaken lightly. Maybe this is simply a short sojourn into gesture politics, something to keep him occupied until the better weather in May and the opportunity to pursue a new hobby. A chance to return to the little shop with all sorts of interesting things to wear. To browse the costumes in search of the next adventure. As if by magic, the shopkeeper appeared…

The original version of this article was published on Free Market Conservatives on 26th February 2020.